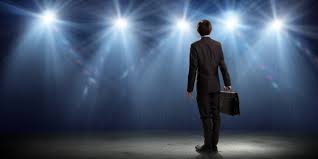 HOW TO LAUNCH A PLATFORM IN FIVE MINUTES OR LESS—REALLY.

One day shortly before the 2016 election, I was listening to a radio talk show when a young woman called to comment on something the host was saying. I’d tell you who it was but it really doesn’t matter; pick a host with a live, syndicated, nationwide talk show with tens of millions of listeners and you get the idea. But here’s what happened: In the course of the discussion, the young woman mentioned that she had a blog, although she didn’t presume to plug it (it would’ve been deleted on the 7-second delay) and so the host sort of sighed and then asked whether she’d like to mention the name of her blog. Well, who wouldn’t? So she did. (Although it took four mentions before listeners could really catch the domain name because she had “blogspot” or some silly thing in the name. Don’t do that.) At any rate, she finally gets the site name out, makes her comment and hangs up. The host sighs again and says, “Of course, her site will crash because right now millions of people are trying to get on there, but give it a little time and she’ll be up and running again.”

The iconic “platform”—it goes by many names: your “soapbox,” your “arena,” your “spotlight.” Shakespeare said it best. “’All the world’s a stage, and all the men and women merely players…’” (As You Like It).  But is that a good thing or a bad thing? Is it good or bad that, according to Will, we’re all on a “stage” trying to “make it”? What stage? And make what?

No doubt Will was being sarcastic but maybe he was just a writer who saw the reality of the theatre market of his time: Write something the public will like—and pretend to like it. Maybe he was railing against the “platform” requirements of his day. Granted, he didn’t have much in the way of social media to work with but still, early on, even he was required to grow a following in order for his plays to be enacted on stage. He felt the burn. And it’s a Catch 22, is it not? Unless you have “name recognition” or a “social following” or a “platform,” you can’t get a record deal or get published or find a business investor. In other words, unless you’ve already achieved some sort of recognition, you can’t do the thing that would get you the recognition. And why?

Annoying? Maybe, but it’s not about the money; who doesn’t want some? I can’t blame the producers or the publishers or the investors. But I guess what started me thinking about this whole “platform” thing was a blog post I recently read (by a guy whose name I can’t remember) about the essential futility of even trying to build a platform. Evidently he’s a writer who’s achieved some sort of success, but he said that in spite of all the years he’s spent blogging and tweeting and making Youtube videos, it really doesn’t much work. And since that’s the case (he said), we should really only do those platform-building things we enjoy because in the end, it’s all just a waste of time anyway.

Don’t get me wrong—I really don’t have any problem with the concept of building a platform so you can sell that CD or book or business. What I have a problem with is how you’re supposed to do it. Spending days and weeks and months tweeting and commenting and posting video bites is not my idea of tons of fun. Or any fun. Instead, being a former advertising/promotions’ person, I happen to believe there are easier and more effective ways to build name recognition and platform. Just plain advertising, for example, works. That’s why it’s been around since the dawn of time. (What do you think those cave drawings were for?)

Let’s be honest: The care and feeding of a platform is going to cost you either time or money. Which do you value more?

Will advertising take some cash? Absolutely, but you know what they say: “You have to spend money to make money.” And that’s true. But face it—you’re spending it anyway, aren’t you? Buying your own books or CD’s to pass out, or giving away a free product or service so people know you exist? Of course, that’s how the game is played. But what if, instead of spending $ that way, you spent it on a publicist who would get you on radio or TV?

I once heard a publisher talk about how a writer invested in a publicist who got a very famous TV commentator (think ten million viewers) to do a five-minute plug of the author’s book; the very next day, it sold 18,000 copies. And how much did it cost the writer? Only three thousand dollars! (If you’re not aware, that’s an incredible deal.) Throw in a couple more grand for the publicist and the writer essentially bought an instant platform and name recognition for under 5K. Think that’s too much? Every day in this country, thousands of people spend ten times that much starting up businesses. Promotion is simply part of the cost of doing business and your book or CD or work-from-home “cottage industry” is a business.

Next question: “Just how am I supposed to get the money to do this, Missy? I ain’t rich, you know!” I know. Neither am I. But how many weeks or months would you have a work a part-time job to bank a few thousand dollars? Not too many. Not as many years as you’ll spend tweeting and commenting and posting quotes on Instagram. Or, just do what the girl did: Call a famous show and plug your site. Just make certain before you do it that you have a web or blog and a Twitter account and a FB page because those are the tools you’ll need to take that five minutes of instant stardom and turn it into a permanent platform. But however you get the world’s attention, just make darn sure that when folks come looking for you, they find something—content or product-wise—that makes them want to come back for more. Like the girl did.