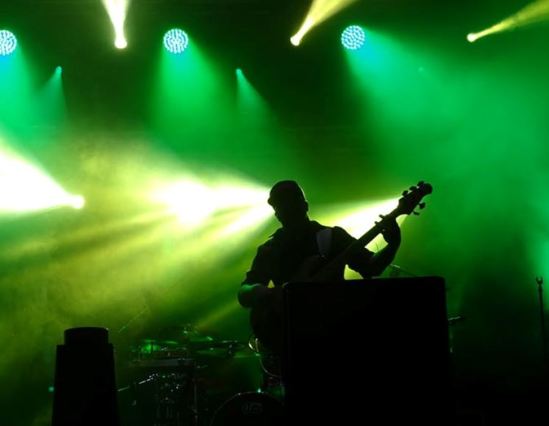 Have you ever held back from doing something you know you’re gifted and called to do because of a fear of pride?

Is that really a thing?

It is if what you do puts you out in front of people where you’re likely to get attention and/or compliments—speaking, preaching, singing, acting, politics, any kind of leadership. And if you do get attention, how should you respond? Would simply saying “thank you” suffice or would it look bad that you’re not acknowledging others for your talent? So should you explain that it’s really not you who should get the credit but your parents or your teachers or the person who gave you the opportunity or even God? Or, on the other hand, would that sound like false modesty?

Believe it or not, many people whose dreams put them in any kind of spotlight do struggle with these questions. Tragically, some of them come to the conclusion that maybe the answer is simply not to take the chance—they just won’t do that thing that brings attention. Especially if they’ve been told by anyone else that even to worry what other people think is a form of pride in itself.

It’s not. Those questions are often just part of the “getting used to the limelight” process that many people have to work through.

Another fear people struggle with is this question: “What if I’m not prideful now but if I get attention for my acting (or singing or writing or business accomplishments or promotions or…)—what if it all goes to my head? Then will I become prideful? What if I turn into a diva??  What then??

Can I just tell you—if you’re worried about becoming prideful, you’re not prideful.

Nevertheless, here’s something you might be concerned with: not doing what you’re called to do because someone else might have a problem with it.

The truth is that no one else has to stand before God and give an account for what they did with your talent except you.

It’s rumored that God never has given anyone a pass for quitting because they were afraid. In the parable about the talents, the master (God) was not happy with the man who buried his talent rather than use it because he was afraid of something or somebody.

“But,” you protest, “it’s wrong to be prideful!” Right. But how do you know that’s even going to be a problem if you quit before you begin? Smarter people than I am have made the observation that “you can’t please all the people all the time.” And may I add that when deciding whether or not to pursue that dream, we shouldn’t worry about pleasing people at all (unless, of course, it’s someone directly involved in the pursuit).

But what does pleasing people have to do with pride, anyway? Plenty. Let’s face it, the more success your destiny brings and the more visible you become, the more likely it is that someone, somewhere, is going to be envious of you and would be very pleased if you just benched yourself instead of getting out there and playing ball. Remember the Apostle Paul’s words to young Timothy: “Let no one despise your youth, but be an example to the believers in word, in conduct, in love, in spirit, in faith, in purity” (I Tim. 4:12). Paul knew that people would be jealous of Timothy for his ability to teach and preach at a young age, and he indicated that that jealousy might even be vicious; “despise” is a very strong word. The unfortunate fact is that people might even hate you for doing what you do, but you can’t allow that to stop you. The Pharisees hated Jesus because he healed the sick, raised the dead, and preached salvation—and they couldn’t. But the real reason they hated him was because their followers began following him. And that made them very, very angry.

Ever seen the TV show Nashville? While it’s fiction, it’s probably quite realistic in its portrayal of the jealousy, slander and backstabbing that go on behind the scenes in Music City. And as intriguing as that might be to watch, the eye-opening paradox is that the famous people who do manage to remain humble are not exempt from falling victim to jealous and mean-spirited villains. In fact, the most down-to-earth often end up with the biggest targets on their reputations. After all, there’s nothing an envious person despises more than a talented, successful person who has not let it all go to their heads.

Still, one of the best things we can take from Nashville is the recognition that you can pursue your dreams, get really good at what you do, achieve all kinds of success and recognition—and still remain a good, humble person.

Tim McGraw speaks to up-and-comers regarding the temptation to stray from your grounded roots in his song “Humble and Kind”:

So go ahead, accept that pat on the back for what you’ve done—or even the applause, if it comes to that; just say a simple “thank you” and don’t worry about those who think you should’ve said more. Or go ahead and give credit to mom, dad, God and the whole cast and crew making your success possible—and don’t worry about whether someone thinks you’re full of false humility. (Someone will.) Just do what you feel is right. Do that thing you’re good at, that thing you long to do, that thing the world really needs. And don’t worry—you’ll be fine.