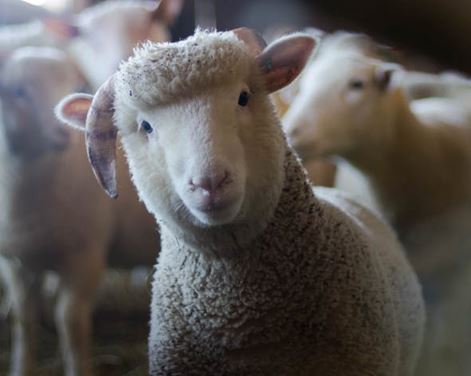 I never expected to get hit with a car. (Who does?) But it happened. I was fourteen years old and just a few weeks from beginning high school, but instead I spent the next three months in the hospital in traction with a broken femur. I also suffered a serious head injury involving six inches of stitches (which can happen when you fly over the back of a car and land on your head). The driver’s insurance company eventually ponied up thousands of dollars in a settlement which, in the end, paid for my college. Until that point, college hadn’t really been an option for financial reasons, but never in my wildest dreams did I ever imagine that a college degree would be financed by the front fender of a Buick sedan driven by a 77-year-old man.

Not what I expected.

Often God answers prayers in unexpected ways. Of course, that’s an understatement. God’s ways are many times so far beyond our comprehension or even our imagination that when something does happen—which we didn’t see coming to begin with—we often don’t even remotely perceive the connection between the event and the answer to our prayers. In fact, we very often interpret the event as, not just a random non-answer, but as a set-back. Hence the car accident.

Same with the birth of the Messiah. Scripture predicted a king would be born—and one was—but in a stable?? Not one rabbi, teacher, or Pharisee saw that coming. Even most of the prophets never conceived that their predictions concerning the Messiah meant that he’d begin life anywhere other than a carved ivory cradle in an opulent palace. But he did.

And the virgin who was prophesied to be his mother would surely be a royal princess, right? And that would mean that this Messiah—whoever he was—would be born into the royal line of King Herod or some other Jewish king. He wasn’t supposed to be born to a poor, nobody virgin from the hick town of Nazareth. But—he was.

Not what anyone expected.

Moreover, the birth of the Messiah, one would think, would certainly be free from hassles, inconveniences, dangers and threats. After all, God would certainly see to that, wouldn’t he? So no one, especially Joseph and Mary, were anticipating anything remotely resembling what happened. They weren’t expecting to have to travel back to Bethlehem for a census—and on donkeyback when Mary was already nine months along. Can you imagine the conversations with God about that? And they didn’t expect, once in Bethlehem, to find themselves homeless with Mary having to give birth in a smelly barn, laying the Son of God into a less-than-sanitary manger. (You know, where odiferous animals eat?) Certainly God could have arranged for his son to enter the world into better accommodations.

So—why? It’s not as though God couldn’t control what was happening or had to go to Plan B. Of course, neither did Mary and Joseph expect a bunch of lowly shepherds to appear and worship the baby. That was somewhat novel. Nor did they anticipate several very wealthy astrologer-kings to appear with chests full of gold, frankincense, and myrrh—which made Jesus a very rich toddler.

But there’s more. No one expected King Herod to kill dozens of little boys in his attempt to kill baby Jesus, nor did Joseph and Mary expect to have to take the baby and flee to Egypt in order to escape Herod.

Could they have even imagined that?

Had the will of God had gone awry? Had they done something wrong? Certainly it couldn’t have been God’s plan that so many innocent little babies would die. Can we even fathom the grief that Mary and Joseph must have felt?

Of course not, but none of those events were random or unforeseen by God. They were all road signs of prophecy distinguishing Jesus from the many others who had or would claim, throughout the centuries, to be the Messiah. Maybe some of those imposters had been born in Bethlehem and maybe, unlikely as it might seem, one or two were even born in a stable during the great census rush. Certainly at least one of them could claim to have been from the lineage of King David (but probably not the same one born in a stable). Nevertheless, it’s probably quite unlikely that angels sang, shepherds quaked or kings bowed down to worship any of them. And there is no evidence that a star appeared when any other “messiahs” were born, that King Herod had tried to kill any of them, or that they had lived in Egypt long enough that Scripture could foretell, “’Out of Egypt I called my son’” (Hosea 11:1, Matt. 2:15).

God planned all of these unlikely events so that, when taken together, Jesus could be identified, beyond any doubt, as the Messiah.

Attorney Josh McDowell, in his great book Evidence that Demands A Verdict, once calculated the odds of just eight of the 300 Messianic prophecies coming to pass through sheer coincidence as an incomprehensible one chance in 1023 (that’s 10 followed by 23 zeroes). Not odds you’d want to take to Vegas.

What’s it all mean? Simply that God is in charge. He orchestrated each and every unexpected, “random” circumstance, situation and event surrounding the birth of Christ—no matter how unlikely, outrageous or tragic those events may have seemed at the time in order to do one thing: lay the groundwork of prophecy to identify, beyond dispute, Jesus Christ as the promised Messiah. No doubt Mary and Joseph (and all of their friends and relatives) were, at one time or another, shocked, ashamed, worried, frustrated, angry, disappointed, overwhelmed, grieved, depressed, and certainly scared—terrified even—by those “random” events but it was because they didn’t understand the full scope of God’s plan.

God simply wasn’t behaving the way one would expect.

The Nativity is not just a “nice” story; it’s a powerful lesson as to the ways of God. Our Father in heaven is always doing two things: looking out for us—even when circumstances seem overwhelmingly senseless and/or impossible—and moving in ways that bring glory to him. Why? So that we can believe. So that we can know, beyond a shadow of a doubt, that he is real and that, no matter how bad things look, he is behind the scenes and causing “all things to work together for good to those who love God, to those who are called according to his purpose” (Romans 8:28, NASV).

I guarantee that 2018 won’t be what you expect. It’ll be better.