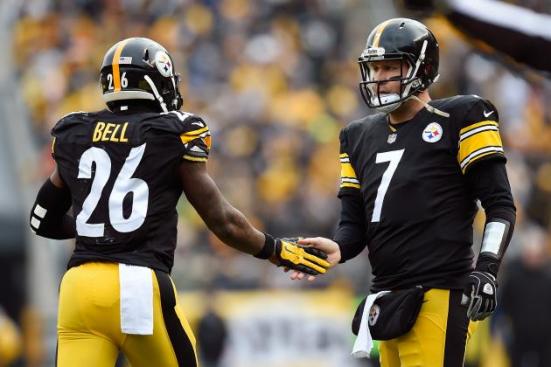 We can’t take ground standing still. That’s principle number one. And it’s the difference between playing offense and defense. However, if we’re not playing some version of ball – basket, foot, base – what does it mean to play offense in everyday life?

I won’t lie – I’ve been a huge Steelers’ fan since I was old enough to sit up in front of the TV. Since my father was from western PA, I was raised on the “Terrible Towel”. (Steelers’ thing.) Right this minute, I just finished watching the Steelers lose to Dallas. Pittsburg beat themselves, but more on that later. Right now, I’m going with the football analogy. There’s a lesson in it somewhere.

The Pittsburg Steelers and the Dallas Cowboys are ancient rivals dating back, I’ve heard, to the Civil War. At any rate, I’ve never heard of anyone who’s ever listed both of them on their favorites’ roster. I don’t think it’s allowed.

Nevertheless, both the Steelers and the Cowboys are phenomenal teams with stellar records and a total of eleven Super Bowl championships between them. I won’t mention that Pittsburg has six of those – the most in the NFL . . . But either way, both teams are offensive titans. So – how does that happen?

Preparation. Probably three quarters of offensive prep happens behind the scenes, before the big game – or the big presentation or election or military campaign or agent pitch or, closer to home, the big showdown with the teenage drama queen or even the big marriage proposal. (Do not approach the teenager without a battle plan.)

Discovering what we need for those goals takes research. You can bet NFL teams know exactly what they need to win. Every year during draft season, teams go shopping for specific positions: a good back-up QB, a quick receiver or a couple of crushing defensive linemen. The key is knowing. What do you need? Education? A business plan? Capital? Equipment? Personnel? A mentor? Whatever your dream might be, it takes pre-prep – practical, mental, emotional and intellectual. Which, frankly, is a lot. Some people get derailed just looking at the prep: market research for the job, grad school for the career, two-a-day practices for the team, rehearsals for the audition, fund-raising for the election, and/or my personal favorite – endless edits and rewrites for the books. The prep is as varied as the dream.

Strategy.  Having a plan is the practical step toward your offense. You can bet Steelers’ quarterback Ben Roethlisberger (aka “Big Ben”) has an offensive strategy. He and his team design plays and memorize them. They run them to see which work and which don’t. If necessary, they go back to the drawing board and redesign plays. We need the same – a strategy.

As they say, “Plan your work and work your plan.” It all starts with that; we can’t simply just “work the plan”.

Imagine the Steelers hitting the field and “winging it.” That would be entertaining . . . for the Cowboys. Not for me.

Work. Speaking of work, that’s the next step. And it’s the step where many people get sidetracked – although not at first. People realize that their dreams will take work; we often just don’t really grasp the length and breadth of it. Whether we pay in terms of time, energy, money or other resources, there is a cost. Part of our strategic plan should be examining what that cost might be and then counting it: “Can I do this?”

Football players work – and not just when they hit the NFL. At the very latest, NFL hopefuls begin playing in high school and most earlier than that. (My boys started in second grade.) Then those players work to get into college and then to make that team. Then they have to perform for the NFL scouts who shop the college teams, hoping those scouts will make them an offer during the draft. And once they’ve gotten that elusive NFL contract, then the work begins: the excruciating practices, the studying which, for them, includes plays and films and even reports on the strengths and weaknesses of opponents. The work never ends for football players. And it often never quite ends for us either.

Going on offense means being proactive, taking the lead before opponents even know the competition has begun. But this is the important thing: going on offense doesn’t mean we have to enter the world as the biggest, fastest, smartest, prettiest, or any “-est” thing; it’s not about the resources we’re born with or given or even about lucky breaks. What it does mean is that we do have to design the best strategy, do the most complete prep, and work harder than anyone else. It’s about how badly we want that dream and about the offense we put together to make it happen – which qualifies everyone.

I know Big Ben would agree with that.